Back end web development languages you should know

For every back end web developer who loves a programming language, there's another who hates it with the blazing intensity of a thousand suns.
Jan 20, 2020 • 6 minute read 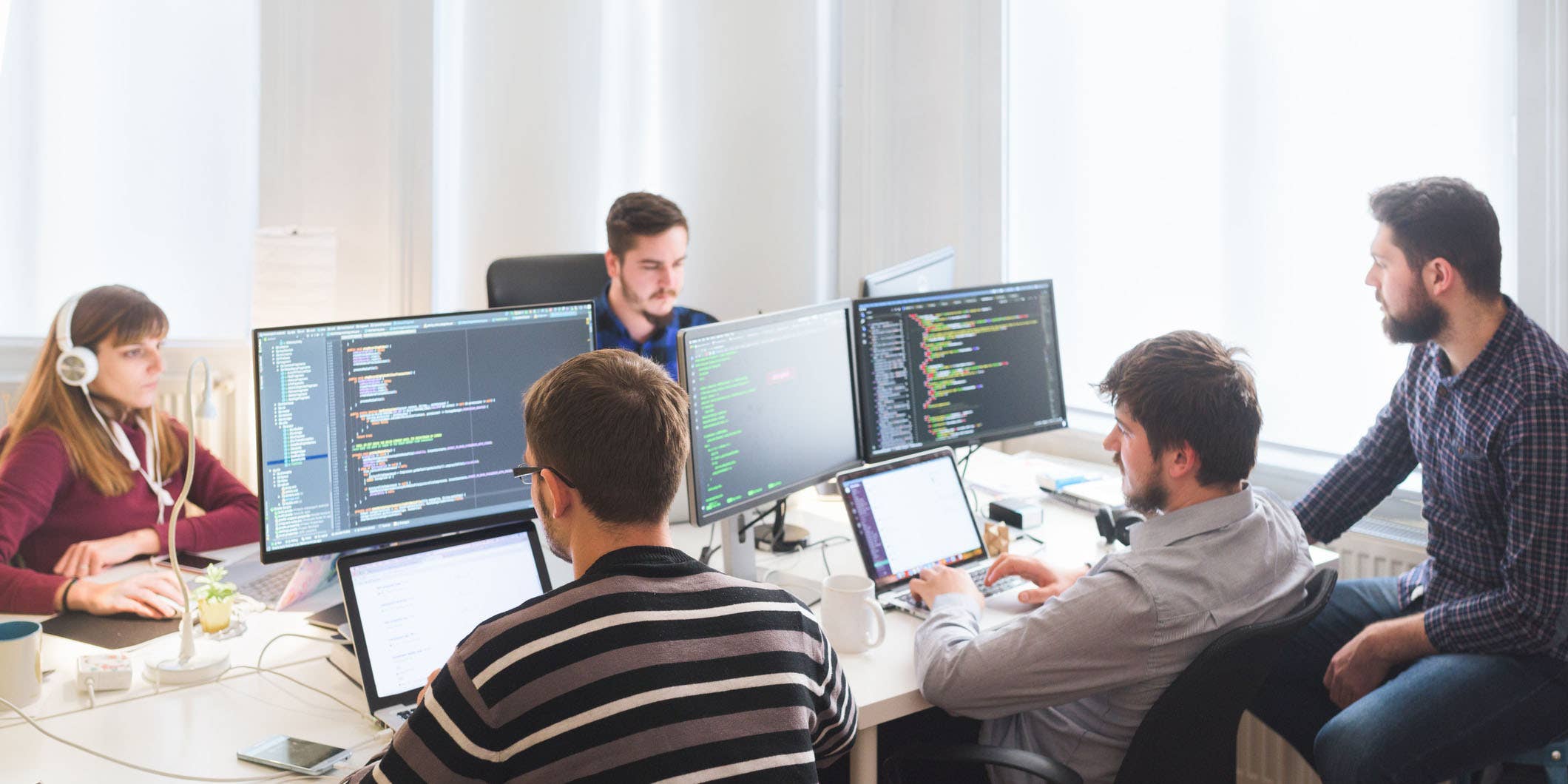 Programming languages are incredibly divisive. Here are 7 developers love, and love to hate.

Venerable C++ inventor Bjarne Stroustrup once said, “There are only two kinds of languages: the ones people complain about and the ones nobody uses.” Stroustrup was right. For back end development, you’ll find heated arguments on both sides for just about every programming language. Here are 7 inspiring the most passionate responses from back end web developers.

Ah, JavaScript. It’s arguably the fuel that drives the entire internet. It’s the world’s most commonly used programming language, with nearly 70% of professional developers relying on it for their work. And with the rise of frameworks like Node.js, JavaScript can be a full stack language for client- and server-side scripting.

The main benefit of JavaScript is its versatility. You’ll find it on the front end (always), on the back end, in mobile, in the Internet of Things … hell, even powering robots.

JavaScript is also easy to learn. You can start coding right away with your browser. Plus, its ubiquity means there’s robust documentation, a thriving community of developers and plenty of updates.

Hating JavaScript is practically a prerequisite for a successful career in web development. Its weak typing makes it particularly prone to crashes, and it has a pesky habit of failing silently at runtime. And while many programming languages are fairly static, JavaScript is constantly changing to address its own shortcomings, making it a continuous learning curve for developers.

Node.js means that JavaScript will probably be a skill in high demand. But many back end developers view the use of JavaScript on the server side not so much as an evolution, but as an infection.

WordPress Site for a Beverage Co.

Web Development for a Shopify Store

Python is the fastest-growing language for web developers. It’s being deployed for machine learning and artificial intelligence, as well as data science applications.

Python is simple to learn, with a clear and readable syntax. It emphasizes natural language. It’s also powerful, and can be used for just about any programming task. It’s particularly adept at automating boring and repetitive tasks.

You’ll also find an active community and robust libraries for Python. And Python’s aptitude as a language for machine learning, neural networks, data science and artificial intelligence means demand for Python developers is set to grow.

One of the things developers complain about with Python is the lack of backwards compatibility for older versions of the language. Most major libraries have migrated to newer versions, but if you’ve already invested a lot of time in Python 2 you may find yourself cursing the heavens at having to port all that codebase. Add into that the fact that it’s slower than other languages like Java, C# and C++, and you’ll find plenty of haters among the chorus of praise for Python.

Leave it to Google to develop a programming language that’s making serious waves in the development world. Also called Go, Golang has syntactic similarities to C, which should make it easy for many developers to pick up. Expect this one to grow in popularity.

Developers like Go because it’s open-source and streamlined, with fast compile times and native real-time garbage collection. It was built specifically to address shortcomings of other popular programming languages, so it tends towards pragmatism. Plus, with a behemoth like Google supporting Go, you can be assured any skills developed in the language will be relevant for years to come.

A lot of purists hate Golang on general principle. It subverts a lot of the assumptions of programming theory. It has no classes, no exceptions, no generics, no memory control, no enums … and the list goes on. Go was unapologetically built to deliver projects quickly and at scale, so if you’re into features-rich programming, Go is probably only going to frustrate you.

Java is one of the wizened elders of the programming world. Developed in 1995 by Sun Microsystems, it still sees incredibly wide use today on everything from Android apps to Internet of Things (IoT) devices.

Java’s object-oriented programming means its code can be reused for other programs. Also, Java provides a measure of stability which means it can’t interfere with other programs or the user’s operating system. Perhaps the best feature of Java is that it can run anywhere.

The main criticism of Java code is that it’s verbose and ugly. To look at Java is to be assaulted by a barrage of parentheses, semicolons and curly brackets, with some oddly capitalized letters (CamelCase, anyone?) thrown in for good measure. The preponderance of boilerplate code can also make writing in Java a tedious task.

Rust is a newer language, first developed by Mozilla in 2006. It’s already in use by companies like Yelp and Dropbox. It touts itself as being able to bring native app performance to web applications. Rust can be compiled into WebAssembly, which runs in the major browsers at speeds close to native apps.

Developers like Rust because it enables them to write code quickly and with a low memory footprint. It also has good concurrency support and automatic garbage collection.

Another major benefit of Rust is the ability to create reusable code using modules. Add to that integrated building, testing and benchmarking and it’s easy to see why Rust tops Stack Overflow’s survey as the most loved programming language.

Honestly, it’s hard to find too many detractors for Rust. There are a few niggling concerns about the lack of solutions for some use cases, but this is mostly a teething issue of a young language.

Probably the biggest pitfall of Rust is that, while developers love it, most businesses have yet to get onboard. As a new language, it might be hard to find employers clamoring for Rust developers.

If JavaScript is the fuel for the web, PHP is the engine. While the front end of the internet runs on JS, PHP powers the back end. Developed in 1994, PHP was designed specifically for web development.

PHP is incredibly popular for back end web development, powering the vast majority of servers. It’s also straightforward and easy to learn.

Because of its ubiquity, jobs for PHP developers are in high demand. It also has robust documentation and plenty of updates in functionality. And considering WordPress runs on PHP and a huge chunk of the internet is powered by WordPress, learning PHP can be a vital skill for web developers.

Where do we start? Suffice to say there’s a reason PHP is fifth on Stack Overflow’s list of developers’ most dreaded languages.

First of all, there are no real syntax standards for PHP, which leads to a lot of ugly PHP code floating around out there. And PHP is notoriously vulnerable to security attacks. It was ranked by Veracode as the least secure programming language. Not good in an era where security breaches are on the rise.

Ah, C++. The grandfather of programming. Development on what would become C++ started way back in 1979. Since then, the general purpose programming language has been used for just about everything, from games and operating systems to web applications.

C++ gives you near-complete control over just about everything in your code. Liberating!

C++ gives you near-complete control over just about everything in your code. Terrifying!

Planning your startup
Our ultimate guide will help you write a business plan investors will be ripping out of your hands. Learn how to expertly craft each section of it.
22 MIN READ

Funding your startup
A million dollar business idea is useless if it remains written on a napkin. Learn the best ways of securing funding in 2020 to build your dream.
26 MIN READ